How to Properly Build a Fire in your Fireplace

The Oregon Chimney Guys know a thing or two about fireplaces and that includes how to properly build a fire!

Start with a Clean Chimney

The first step, and dare I say the most important step, in building a fire is to make sure that your fireplace is clean and ready for a fire to be started.

It is important to have an annual chimney sweep and inspection to make sure there is not a buildup of flammable creosote or any other types of blockage or damage to your chimney.

Open the Damper and Prime Your Flue

Opening the damper before starting to build your fire will prevent smoke from filling your home and help prime your flue by replacing the cold, heavy air in your chimney with the warmer, lighter air from your home.

Priming your flue consists of lighting a rolled up newspaper and holding it up to the damper opening until you feel the draft reverse.

Either use the ash from a previous fire or take some from your ash bucket or from your outdoor grill. Sprinkle an inch or so in an even layer on your hearth or under the grate. This will help insulate the fireplace and create hotter flames.

Loosely ball up some newspaper and place on top of the ash and under the grate. Stack your kindling wood on top of the grill (or on top of the newspaper if you don’t have a grate) and arrange them in a crisscross pattern to allow maximum airflow to move between the pieces.

Once your kindling is burning, gently place your dry logs on top in whatever arrangement you prefer.

There are several ways you can arrange your logs for your fire. Some swear by the upside-down method which involves adding the large logs on the bottom first and then your smaller kindling on top. Other techniques include the tepee, lean-to, and pyramid method. Whichever way you prefer, just make sure there is enough air flow between the logs.

Contact the Oregon Chimney Guys if you’re in need of a chimney sweep, chimney repair,  or gas fireplace installation!

Tagged under: chimney sweep, fire, fireplace, how to

How to Deal with Birds or Bats in Your Chimney Fireplace Safety Tips for The Holidays Preventing Moss Buildup on your Roof 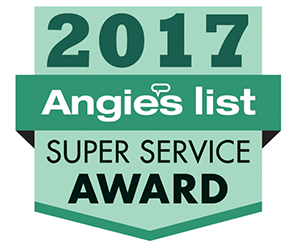